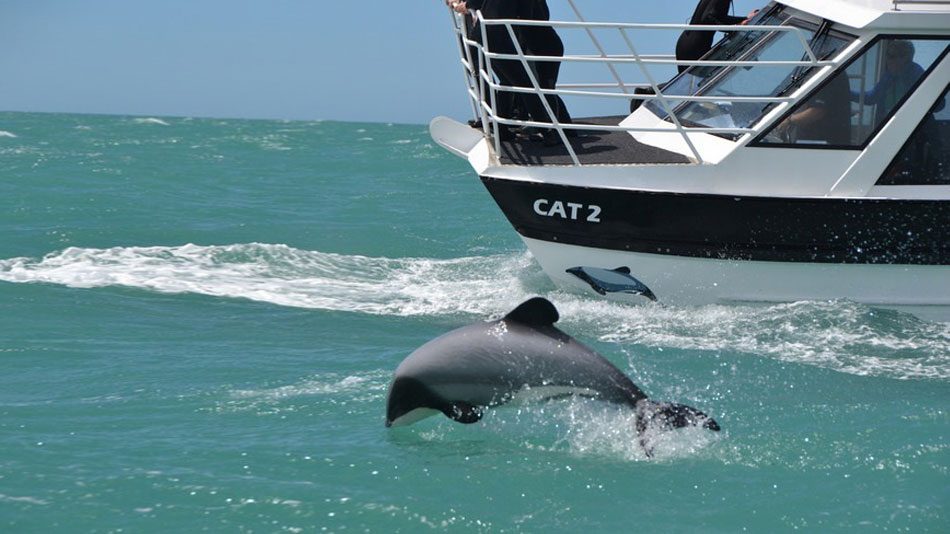 Depart Christchurch at 8.30am and return approximately 5.45pm.

A day tour to Akaroa, the only settlement attempted by the French in New Zealand, passes through the beautiful landscapes of the Banks Peninsula. This region was formed following violent eruptions of volcanoes over 6 million years ago and the picturesque town of Akaroa itself sits in an ancient volcanic crater. 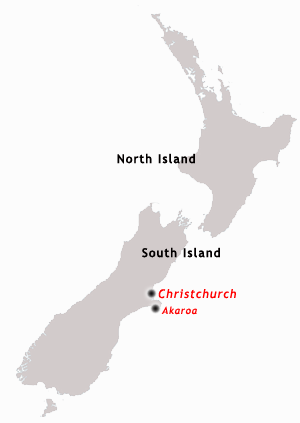 You will travel to Akaroa NZ over the beautiful Banks Peninsula on a high summit route which gives glorious views of farmlands,the Canterbury Plains and the distant Southern Alps as well as remote bays indenting the coastline. From the main wharf in Akaroa boats depart for a Nature Cruise on the harbour. See Hectors Dolphins, little blue penguins, NZ fur seals and local bird life. Learn more about the local history from your boat skipper and be awed by the volcanic cliffs that act as sentinels to the harbour entrance. You will have an opportunity to wander around the charming 175 year old French harbour side village of Akaroa with it’s museum of settlers’ history, art and craft shops and studios before enjoying lunch at an award winning cafe.

On the journey back to Christchurch we visit the Cheese Factory at Barry’s Bay, the only one remaining on the peninsula from a bygone era, the Little River Art gallery and if time permits Vince’s Gem Stone Museum.